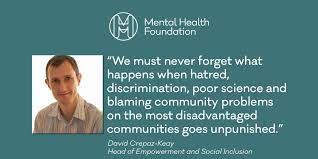 Many moving commemorative events have taken place; some have been very public events, whilst others have been very private.  I watched Auschwitz survivors gather at the former camp in Poland on the 72nd anniversary of its liberation, and I marvelled at the stoicism and dignity of those elderly survivors.  Having visited Auschwitz several years ago – an experience that I will never forget – I simply cannot understand why seemingly ordinary people can inflict such horrors upon their fellow human beings.  But then darkness and unfathomable cruelty are part of our collective human nature; for those that committed such atrocities, I am reminded of Proverbs 6:18 where it is written that there are those with ‘a heart that devises wicked plans, feet that run rapidly to evil’.

We now know the staggering statistics for the Holocaust, where six million Jewish men, women and children were murdered in ghettos, mass-shootings, in forced work camps and extermination camps. The scale of the suffering was, and still is, incomprehensible.

There were other groups of people that were persecuted and murdered by the Nazis.  Consider political opponents, priests, ministers, Jehovah’s Witnesses, Gypsy people, Slavic people and gay people amongst others.  But there is one group that is sometimes overlooked: the mentally ill.

The Mental Health Foundation website published a powerful article to remind us that those with psychiatric conditions were deemed, in that most egregious of phrases, to be ‘life unworthy of life.’  The prevailing eugenic ideology in Nazi circles was driven by defective science and woeful ignorance.  The consequence of this was that an estimated quarter of a million people living with varying degrees of mental illness were murdered. That few people spoke up against this outrageous programme is chilling.

As we reflect on the voiceless and the persecuted, the question of speaking up and speaking out against injustice comes to mind.  As the Holocaust Survivor and Author Elie Wisel once wrote: ‘There may be times when we are powerless to prevent injustice, but there must never be a time when we fail to protest’. This maxim is applicable today as it was before and during the Holocaust. Our world does not want for examples of injustice and persecution; it is therefore our duty as Christians to raise our voices, to challenge and cajole, and to remain informed and vigilant as to what is going on, on our doorsteps and in the world around us.